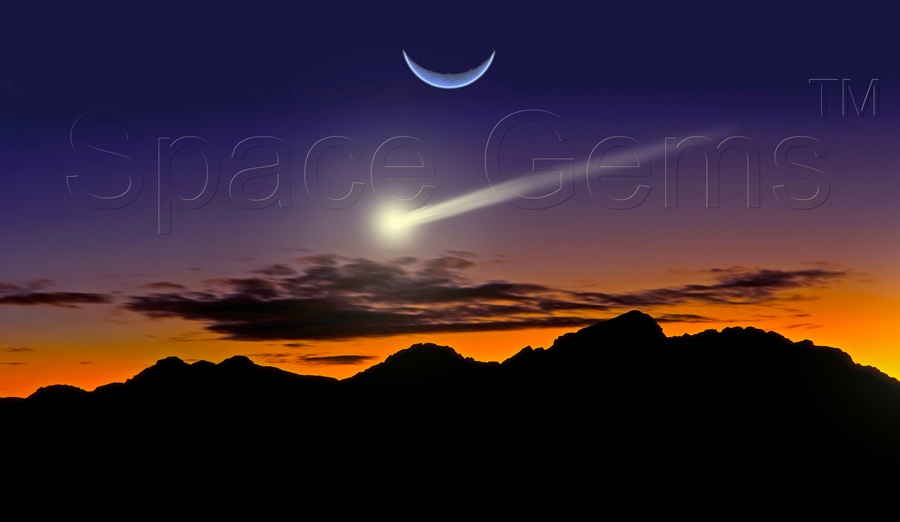 All of the iron meteorites that we use in our meteorite rings are composed primarily of iron and nickel alloys, with trace amounts of other rare elements. These meteorites were derived from the core of ancient extinct planets that were blown apart billions of years ago during the formation of our solar system by a catastrophic impact events. The beautiful crystalline patterns within our meteorites are known as "Widmanstatten patterns", and are unique to iron meteorites. Widmanstatten patterns can only form over millions of years of cooling. It believed to have taken about 1000 years for these molten pieces of planetary core to cool by just 1 degree Celsius! Widmanstatten patterns are unlike anything on Earth, and each type of meteorite has its own unique pattern. The incredible crystalline patterns characteristic of iron meteorites are more than just beautiful-they tell us how long it took for the molten metal of which the meteorite is made to cool! All of the meteorites we use traveled through space for over four billion years before they were finally trapped by the Earth's gravitation and pulled to Earth as a brilliant fire ball.

About the Gibeon Meteorite

Our Gibeon rings are made from jewelry grade pieces of Gibeon Meteorite. The Gibeon meteorite is a fine octahedrite iron meteorite which flamed into our atmosphere about 30,000 years ago over present day Namibia. It is renowned for its stability and has been used to make everything from spear heads to jewelry. Unfortunately, the supply of high grade Gibeon meteorite has dried up over that past decade and now there is very little available with which to make our beautiful rings.

NOTICE OF COPYRIGHT: This website and all of its contents are copyrighted. No reproduction without prior written permission from the copyright holder.